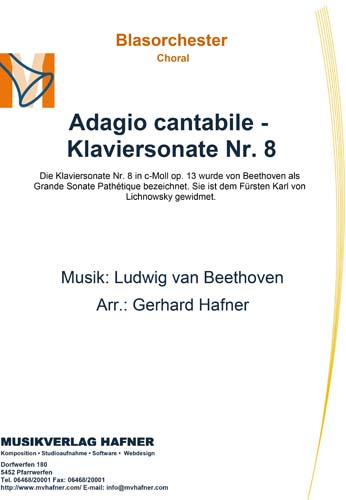 Salesprice with discount
Sales price 32,00 €
Ask a question about this product

Description The Adagio movement, a grand expansive movement utilized by future composers, often in chamber music, opens with a famous cantabile melody. This theme is played three times, always in A-flat major, separated by two modulating episodes, making it a five-part rondo. The first episode is set in F minor (relative minor of A-flat major), further modulating to E-flat major before returning to the main theme. The second episode begins in A-flat minor and modulates to E major. With the final return of the main theme, the accompaniment becomes richer and takes on the triplet rhythm of the second episode. There is a brief coda.